“A fresh and engaging reading of the Rabbinic biography. Louis Rieser has reopened the Rabbinic stories and made them interesting again.” -Jacob Neusner

1 in stock (can be backordered)

The story of Hillel, frozen near-to-death on the snowy roof of the Study Hall, is well-known.

In its details, however, the story is impossible. No one could lie under three cubits of snow overnight and live. And Jerusalem never receives three cubits of snow—certainly not on the night of the winter solstice, as recounted in the Babylonian Talmud five centuries after Hillel’s birth.

Rabbi Louis Rieser set out to find the real meaning of the legends of Hillel. What is the Talmud trying to teach us about rabbis, about leadership, about important values?

This provocative book argues that while the famous legends of Hillel may have nothing to teach about Hillel’s actual biography, they have a great deal to teach us about Judaism.

Louis Rieser was ordained at Hebrew Union College-Jewish Institute of Religion, Cincinnati, in 1975. Since 1997 he serves as the rabbi of Etz Hayim Synagogue in Derry, NH. He previously served as a Hillel rabbi at Ohio University and at Emory University. He was also the rabbi for Temple Israel of Greenfield (MA).

Rabbi Rieser teaches regularly at both the winter retreat and the summer institute of the National Havurah Committee. In 2003 he taught a highly successful course titled, “The Hillel Narratives”, based on these essays. His article, “Living With Imperfection”, is included in the recently published collection, What is Jewish About America’s “Favorite Pastime”?: Essays and Sermons on Jews, Judaism and Baseball. His articles have appeared in the CCAR Journal, the MAQOM Journal, and New Menorah. He is a regular book reviewer for Church & Synagogue Library Review. He was a regular contributor to the D’var Torah Column maintained by the National Havurah Committee between 1986 –1991.

Jeffrey Rubenstein
“Louis Rieser’s fascinating and insightful readings of the Hillel narratives will delight all those interested in Talmudic stories of the lives and deeds of the sages and in the important lessons they teach us.” 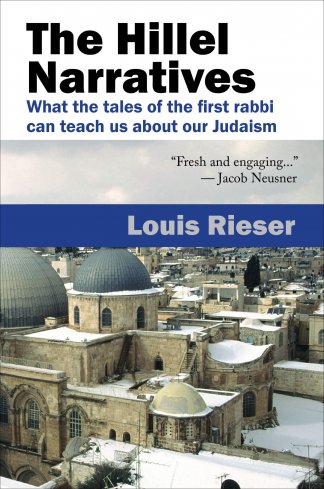 You're viewing: The Hillel Narratives $8.00
Add to cart