Studies in Judaism and Pluralism

Honoring the 60th Anniversary of the Academy for Jewish Religion

The Academy for Jewish Religion is celebrating its 60th anniversary as a pluralistic Jewish seminary, untethered to any one denomination. At the Academy, students study from teachers from across the spectrum of Judaism, and graduate to serve a wide array of Jewish communities.

Studies in Judaism and Pluralism explores pluralism in theory and practice.

From questions of philosophy and law to matters of liturgy and practice, this volume explores how Jewish communities can live with co-existing commitments to non-negotiable, contradicting beliefs.

Its essays include classic articles and contributions written for this volume. It sections include: Theories of Pluralism • Pluralism in the Jewish Sources • Diversity and Pluralism in Today’s Jewish Communities • Pluralistic Approaches to Jewish Practice • Pluralism in Jewish Education • Jews and Others in Today’s World

Pluralism in the Jewish Sources

Ruth Sandberg: Talking with Heretics: Pluralism in Rabbinic Judaism and its Impact on Pedagogy
Leonard Levin: Rabbinic Pluralism—Then and Now

Jews and Others in Today’s World

Reuven Hammer: Dilemmas of Judaism and Democracy in Israel
Shira Pasternak Beeri: Texting Across the Jewish-Arab Divide, and
A Ramadan Rorschach
Michael Friedman:  From Burma to Brooklyn and Back Again—How Mindfulness Captivated Jewish Spirituality
Yehoyada Amir: Embracing and Leaving: Judaism as Spiritual Migration

AJR has been a living laboratory of pluralism for 60 years. The exponential growth of pluralistic communities and of interest in the principles of pluralism among organizations and institutions indicates that AJR’s 60-year experiment has been a resounding success. We now offer our experience to an increasingly diverse Jewish community, which can build upon our findings over the next 60 years. That is a mission of biblical proportions: to reach “120 years…vision undiminished, vigor unabated” (Deuteronomy 34:7).
— Ora Horn Prouser

The challenge of developing a pluralistic practice of kashrut … requires a synthesis of forces that pull in opposite directions. It is through the encompassing value of kedushah that the Torah sought to reframe all the competing values inherent in our ancient eating practices. …The forces of inclusion and exclusion, of self-assertion and self-restraint, of satisfaction and worry are all waiting to be harnessed through a pluralistic transformation.
— David Greenstein

To paraphrase Hillel: “If being delegitimized for being different is hateful to you, do not do likewise to your fellow human being.” And: “Who is wise? One who learns from everyone.” This is the whole Torah of pluralism; the rest is commentary. Go and learn!
— Leonard Levin

Dealing with diversity in a community is not a challenge unique to Tikhon. Postmodern ideas about community suggest that under conditions of diversity communities must have two components: acceptance of otherness and cooperation within difference. People in the community are expected to cooperate with each other and find harmonious ways to deal with difference. In this sense pluralism is “active engagement with plurality.”
— Susan Shevitz

Pluralism in Judaism is about celebrating the Torah and the wonderful gift that God gave us to be on a journey to understand that Torah. …God would love for us to embrace the journey of thought and truth and changing the world because it will ultimately be good for us and make us the people we need to be. …With humility, joy, love for our fellow Jew and respect for humanity, we will move ahead and continue the Torah mission that God has given us.
— Asher Lopatin

Our research and our experience of the past 40 years of CAJE and NewCAJE conferences point to the fact that the large majority of educators who come to NewCAJE believe in pluralism and feel passionately about it. American Jews today are curious about the practices of other Jews. … Working toward a pluralistic vision of Judaism means being non-judgmental and accepting.
—Cherie Koller-Fox

A pluralist mindset empowers rabbis and other Jewish leaders to welcome different ways of being a Jew. This is a Judaism that is open to questions, explorations and experimentation. Given today’s realities, we need pluralist rabbis who can meet people where they are, whoever they are, and use Jewish wisdom and traditions to inspire them to lead more whole, more fulfilling lives. This is how Judaism will flourish in the next generation.
—Rebecca Sirbu

Studies in Judaism and Pluralism, edited by Leonard Levin, is an anthology of essays compiled in celebration of the sixtieth anniversary of the Academy of Jewish Religion (AJR), a training institution for pluralistic clergy and Jewish leadership. The anthology includes twenty essays written by clergy, educators, and thought leaders from across the Jewish community. The essays are divided into seven units and focus on pluralism in an educational, denominational, halachic (legal), and communal context.

In the introduction, Levin, who teaches Jewish Philosophy at AJR, begins with a definition of pluralism. He suggests that “pluralism differs from relativism by striving for a golden mean between a dogmatic claim to objectivity and descent into pure subjectivity…. Pluralism is the ongoing give-and-take that seeks to achieve this dynamic partial consensus, while recognizing and respecting the differences that persist between us.” The essays that follow may offer a nuanced distinction from Levin’s definition, but all share a deep appreciation of pluralism as an essential value of Jewish life. Many authors also share their personal or professional struggles or their communal challenges in creating a pluralistic Jewish space.

Joel Alter, in his essay “Documenting Core Values: A Pluralism Audit in a Jewish Day School,” shares his experience implementing a pluralism audit, a core value of the Jewish Community Day School of Watertown, Massachusetts. He suggests that “the compromises required to establish and sustain a pluralistic community in a school highlight the inherent tensions between community and individual autonomy, value-based positions and ‘mere’ preferences, competing cultural priorities, and sources of authority.” The process led Alter to a deeper understanding of the challenges inherent to educating around a core school value and living the mission of a school.

With a very different feel, Shira Pasternack Be’eri’s essay, “Texting Across the Arab-Jewish Divide,” explores her own prejudices as a Jewish Israeli hailing a taxi in Jerusalem. Following a period of heightened tension around the High Holy Days, the author ultimately refuses a ride with an Arab Israeli driver. Feeling unsettled by her self-described “race-based fear,” Be’eri reached out to the driver a few weeks later to apologize. The driver accepted the apology and offered a personal prayer for peace. The exchange renewed the author’s hope in finding voices of “humanity and compassion to be heard above the clatter of hatred and conflict.”

The essays in Studies in Judaism and Pluralism are both touching and thought-provoking. While a handful will require a background in Jewish practice or thought to appreciate, the majority of the essays are accessible and will offer the casual reader a deeper appreciation for the challenges and opportunities that embracing pluralism hold for the future of Jewish life.

The Academy for Jewish Religion in New York has been promoting the idea of pluralism in the Jewish community for 60 years. That is embracing Jewish people with acceptance and inclusiveness.

We can learn from everyone. This is a collection of essays by people who believe we can have a more meaningful Judaism listening and learning from diverse opinions and interpretations of tradition.

As Rabbi Asher Lopatin writes: “Pluralism in Judaism is about celebrating two of God’s gifts to us: the Torah and the journey to understand Torah.”

The first section of the book is about various facets of the pluralism issue. The second part comprises an academic analysis of pluralism in traditional sources and the third part discusses current thought in the application of pluralism.

This book is suitable for a broad readership as it balances the scholarly and journalistic aspects of these topics. Recommended for academic, synagogue, and personal collections. 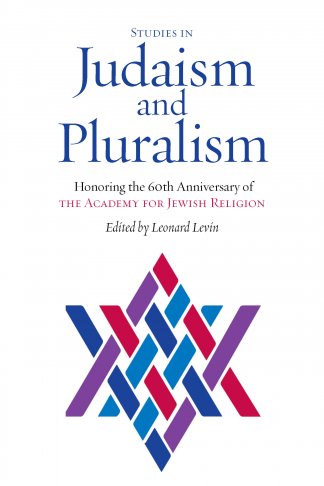